For a lot of people, their car is a lifeline.

So Steve Hanlon, a parishioner at St. Benedict Church in Broken Arrow, Oklahoma, makes sure that the lifeline stays intact.

For 13 years, Hanlon has led a volunteer car care ministry program for Catholic Charities of Eastern Oklahoma in the Diocese of Tulsa, helping people keep their vehicle running at a fraction of the cost of taking it to a full-scale automotive repair shop.

From oil changes to brakes, from tuneups to fan belts and more, Hanlon and a crew of about 10 volunteers – including several from the St. Benedict Men’s Club – assist the single mothers with children who are part of the agency’s transitional living program stay on the road to self-sufficiency.

Hanlon told Catholic News Service it’s a ministry that allows the group to return to others the good they have received.

“I’ve been lucky in life. I did well enough. I felt like I should do something to help others,” said Hanlon, 67, who was named the 2020 Catholic Charities USA volunteer of the year for his efforts.

“I’ve been lucky in life. I did well enough. I felt like I should do something to help others,” said Steve Hanlon, who was named the 2020 Catholic Charities USA volunteer of the year for his efforts.

Since his May 2019 retirement as a manufacturing engineer, Hanlon has been able to devote more time and energy to the ministry.

The volunteers from St. Benedict and other parishes gathered regularly on the second Saturday of the month on the Catholic Charities of Eastern Oklahoma’s campus until the coronavirus pandemic hit in March. They plan to resume the ministry June 13.

The Saturdays begin at 8 a.m. and last until “we get the last car put back together,” Hanlon said.

“These people got to have their cars,” he explained. “When we tear apart their cars, we’ve got to put it back together.”

Deacon Kevin Sartorius, CEO of the diocesan Catholic Charities agency, recognized Hanlon and crew as dedicated and humble volunteers. “These guys demonstrate how a garage ought to be,” he said. “It’s not drudgery or an assignment or a task. They want to be there to help.”

Hanlon helped establish the program in 2007 after hearing from Catholic Charities staff members about the transportation needs of residents in the transitional housing program. Participants, often homeless at some point, were working to stabilize their lives. They were dependent on rundown vehicles to travel to low-wage jobs. The staffers were looking for a way to help people with basic car repairs.

“When I got down there, they needed more than that. They didn’t have much money at all. They couldn’t afford to fix stuff or just pay for the parts. It was pretty obvious they needed help,” Hanlon recalled.

He explained the situation to the Men’s Club at St. Benedict. “It was a good opportunity. Other men were interested in doing this to help people get back on their feet. It’s a hand up,” he said.

Deacon Sartorius credited Hanlon for understanding the need for “a very practical ministry.”

The presence of the men working on cars also can be a positive influence on the children who are part of the transitional housing program with their mothers, he said.

“Many of the people in our transitional housing program have not been very well treated by the men in their lives, their dad, or stepdad or boyfriend or husband. So they come in a bit jaded because they have been so poorly treated. This gives them an opportunity to see that men can be a positive influence, a role model,” Deacon Sartorius explained.

One early challenge facing the volunteers was that they were not car mechanics. But they have persevered, learning on the job while providing a vital service. Their dedication has helped attract others with more knowledge about car repair to become involved, helping the ministry to grow beyond St. Benedict Church.

A few years into the venture, Hanlon connected with a new parishioner who was on the automotive engineering faculty at the University of Tulsa. The school had a modern garage with hydraulic lifts, plenty of equipment and a ready supply of students who volunteered as well. The ministry was able to work at the school for several years until university officials decided to use the facility for other purposes after the professor moved on.

Now the repair work is done in a Catholic Charities warehouse. But Deacon Sartorius said the search is on for a better location.

The ministry operates on an annual budget of $4,000 to $5,000, Hanlon said, estimating the repairs are worth five times as much.

O’Reilly Auto Parts provides a discount on parts, and the company’s foundation donates $1,000 annually to the ministry.

Catholic Charities also accepts donated vehicles. Often, the group can get a car in reliable working condition for as little as $400 or $500. As amateur mechanics, not every repair works, however.

“We try to keep the clients all happy,” Hanlon told CNS. “And if we mess up, which occasionally happens, we try to fix it right away. We know how much they need their cars.”

For volunteer at Washington state food bank, service is a family affair 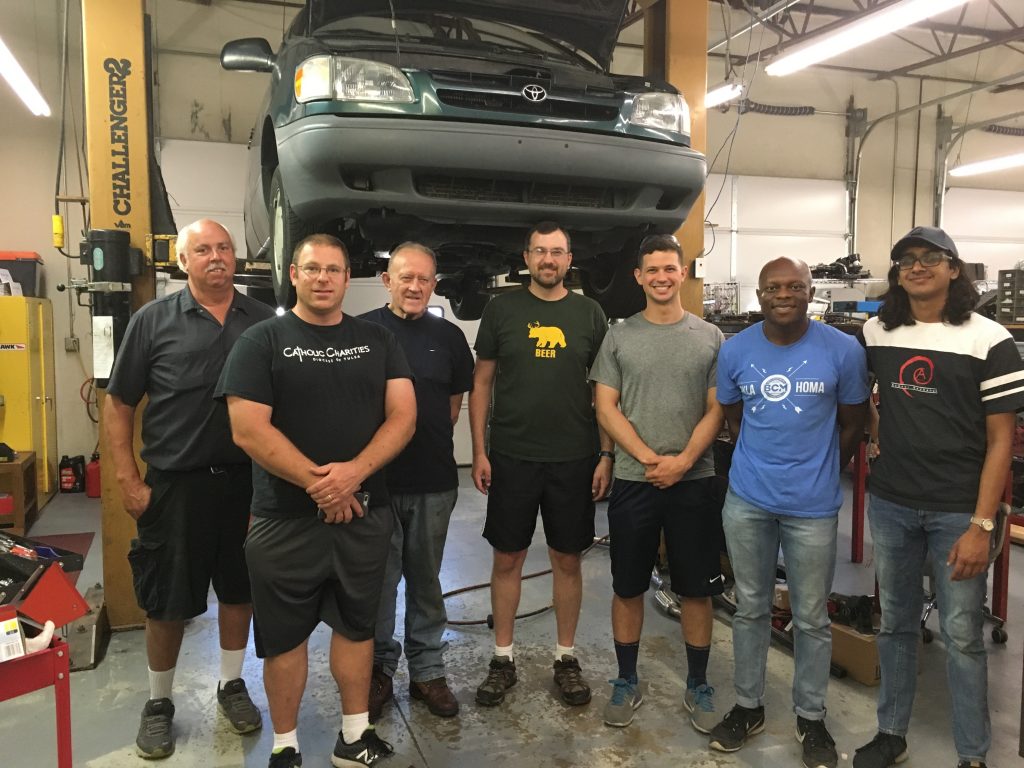 For a lot of people, their car is a lifeline. So Steve Hanlon, a parishioner at St. Benedict Church in… 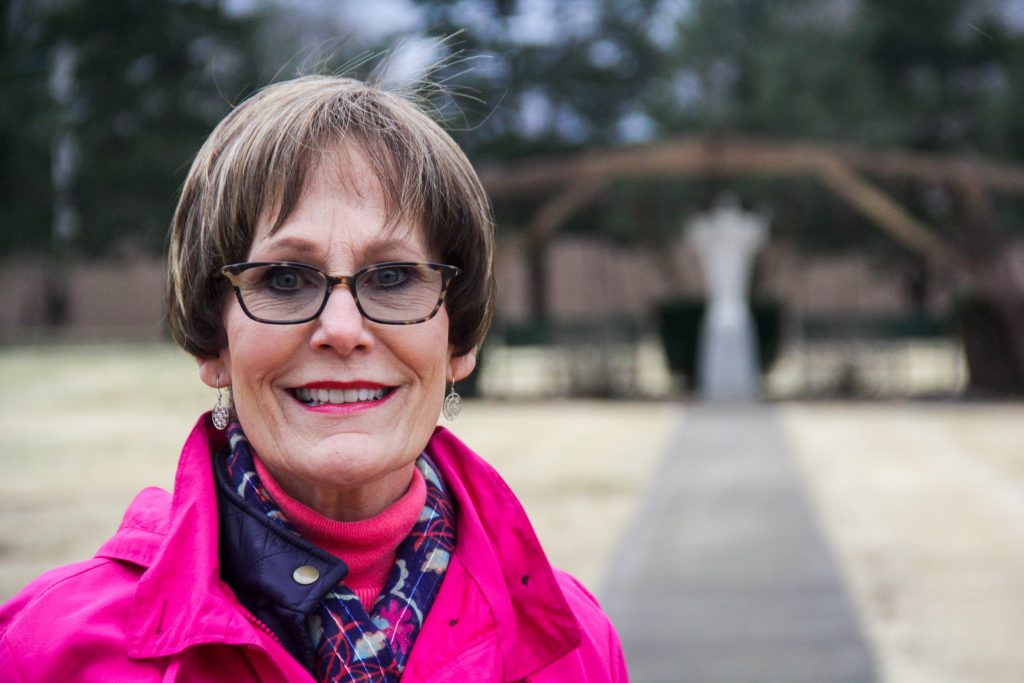