Imagine being in a packed baseball stadium with fans cheering. It’s the bottom of the ninth. Two outs. The bases are loaded. Zach Drexler steps up to home plate, bat in hand, ready to deliver the game-winning hit.

The 30-year-old Drexler said that’s how he looks at his life, like a baseball game. “My life and the decisions I make are in my hands alone,” he said.

Drexler’s first love was baseball, a sport he has played his entire life. As a child, he even dreamed of playing baseball in college and the major leagues. But his life changed, like hitting a pop-up for an easy out instead of a homerun. Drexler became one of the two million people in the United States addicted to drugs through prescription opioid pain medication.

Growing up in the Oak Ridge section of West Milford, he had the typical suburban upbringing. He had the loving support of both his parents, Denise and Daniel, and his older brother, Lucas. They went on family trips, ate dinners together and attended Mass at St. Joseph Parish in West Milford. “My life seemed like ‘Leave it to Beaver’ and I was Beaver,” said Drexler.

During his teen years, he experimented with alcohol and marijuana. He also grew distant from his family, especially with his dad. At first, his parents thought it was just a stage, but it wasn’t. He started trying harder drugs. And in 2011, when his family doctor prescribed OxyContin for pain resulting from a car accident, Drexler descended even deeper into addiction. He said he would steal to feed his addiction, and he was arrested on several occasions for drug possession.

“When I first started abusing OxyContin I don’t know if it was because I was trying to fit in or to mask something or to hide from who I really was,” Drexler said. “I don’t have that one underlying thing that I know led me to drug addiction. Addiction itself simply doesn’t judge. It’s not going after the homeless. Addiction is going into every household. It could start with a simple toothache and a dentist prescribes a painkiller for it.”

Similar to many who become addicted to illegal drugs, Drexler went from painkiller addiction to heroin addiction. Once the prescriptions and refills were gone, heroin took their place. Drexler noted that heroin is cheaper, quicker and easier to get than painkillers.

Stints in rehab began soon after for Drexler. At inpatient facilities, he either got kicked out or manipulated his way out. Two of the rehabs were in Florida near the beach with swimming pools on site. Drexler described them as vacation spots. Back in New Jersey, he went to outpatient facilities, but he wavered in his attendance. Eventually, his parents’ health insurance no longer covered his rehab.

His family was experiencing a daily nightmare, living in constant fear for a decade. Denise, his mother, said, “We lived wondering when we would we get the call that Zach had overdosed.”

But his family never lost hope. Danny, his dad, said, “We would never wish this on any parent, but we always had hope. We would not give up on him. There would be times it felt like a hidden, dirty secret, but addiction is a disease. It is nothing to be ashamed about. We need to stop the stigma.”

At 26, Drexler went to Straight and Narrow (S&N), an agency of Catholic Charities Diocese of Paterson and the largest facility for the rehabilitation of those overcoming addiction to drugs or alcohol in the state of New Jersey. He went to S&N based on his dad’s recommendation, but Drexler said to his dad, “What makes you think I’m going to get sober where I got high?” referring to the city of Paterson.

S&N, however, hit a home run that saved his life, according to Drexler. It is the place that finally changed his life.

Different from the scenic locales of the other rehab centers, S&N sits deep in the hard-scrabble city surrounded by factories, schools, businesses and St. Joseph’s Hospital, just two blocks away.

His first stay at S&N lasted for nearly nine months, including holidays, like Christmas, which he spent away from his family. But he still had a mentality that didn’t help recovery. “I went in there thinking I know what’s best for Zach,” Drexler said.

When he got out, he was close to a year living sober, but his behavior never changed. Drexler began using again and, as a result, he added two more arrests to his record. He thought he would be able to drink and be a functioning alcoholic. “I still lacked that genuine sobriety,” he said.

Finally, late in 2016, Drexler hit an emotional rock bottom. He remembers going into his parents’ room one night. He was withdrawing and he said, “Mom, I think I need to go back to Straight and Narrow.”

His mother answered, “I know, Zach.”

Drexler knew this time he had to want to get sober. He had to look deep within himself. S&N allowed him to do that. “I was there this final time in rehab strictly for myself,” he said. “I wasn’t there pleasing the legal system, my parents, my friends. I was there for my happiness. If I am successful, everyone else will be happy for me.”

December 30, 2016, is Drexler’s sobriety date, which is an important date for those who have recovered from addiction. “It’s the day I restarted my life,” said Drexler.

He will be forever grateful to S&N and the many counselors who helped him, and he thanks one counselor in particular, Irv DeBois.

DeBois, who serves in many capacities at S&N – director of apartments, community living supervisor and choir liaison – worked consistently with Drexler and never gave up on him. “They assigned me to work closely with Zach,” said DeBois, a recovering addict himself and 12 years sober. “At first, he was a bit of a challenge, especially during his first time around. The second time he came to understand what recovery and addiction was because of his relapse. He was ready to change and he came through with flying colors.”

Drexler is also grateful to his sponsor at Alcoholics Anonymous, where he attended meetings immediately after returning home from rehab. “Alcohol is what always took me out. Drugs were always on the backburner,” said Drexler.

S&N, founded in 1954, began as a treatment program for male alcoholics and today serves the community as a comprehensive social service, health care and community development agency. It is the oldest, community-based residential treatment facility for those addicted to drugs and alcohol in the U.S. It has residential treatment programs for men and women, including pregnant women and new moms. It also has detox facilities, a halfway house, outpatient treatment, early learning programs for children in Paterson and a family success center.

Angela Nikolovski, director of Special Initiatives at S&N, said, “We really strive to meet each individual at his or her point of readiness. We want to help people with their goals of recovery. In the midst of the opioid epidemic, it gives us much hope and even a sense of pride when we hear a success story like Zach’s.”

With more than two years sober, Drexler has a job he enjoys with a construction company, and he has a supportive boss. His relationship with his parents is closer than ever. He also has found a woman with whom he can spend the rest of his life, and she has not judged him about his addiction. Her family is equally supportive. They are now in the midst of planning their wedding in the spring of 2020.

Drexler looks at his life now and says, “This is a life beyond my wildest dreams. When I was a little kid, this obviously wasn’t my plan: to be a drug addict and an alcoholic. It wasn’t my plan, but it was in my deck of cards and I had to play my hand. One of the main purposes of my sobriety is to spread the message that there is hope and this does work. If someone reaches out to me, I will be there to help and give them that hope, just like S&N did for me.”

[This article by Cecile Pagliarulo appeared originally in The Beacon, the newspaper for the Diocese of Paterson.] 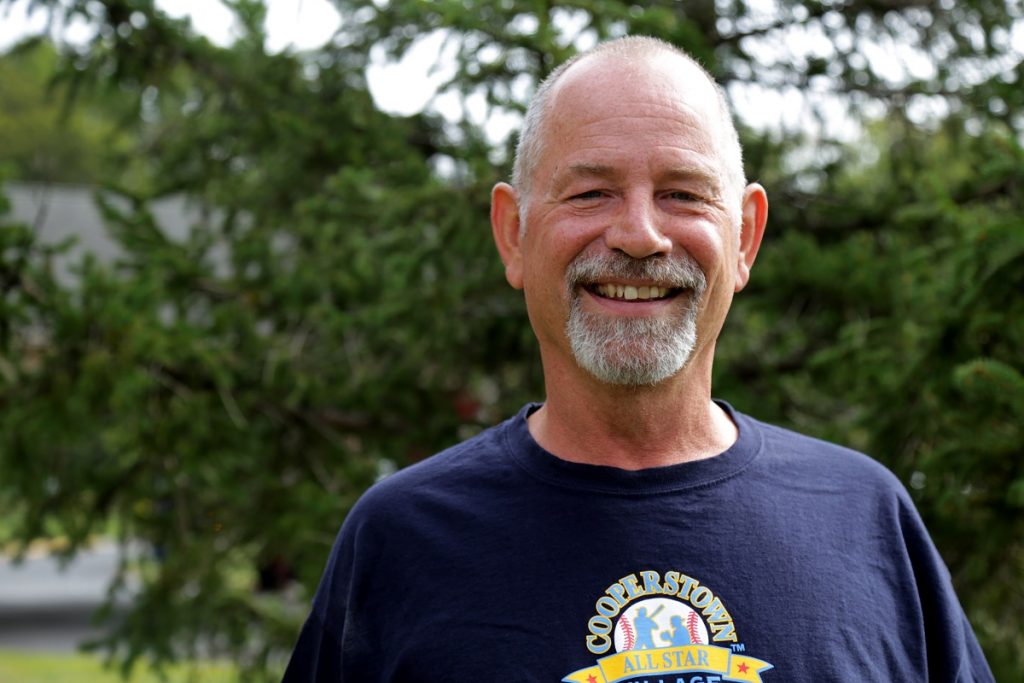 Recovering at Delaware House and thanking God for each new day

Chris first tried drugs when he was 15. Marijuana gave way to harder drugs, and occasional dabbling grew into daily… 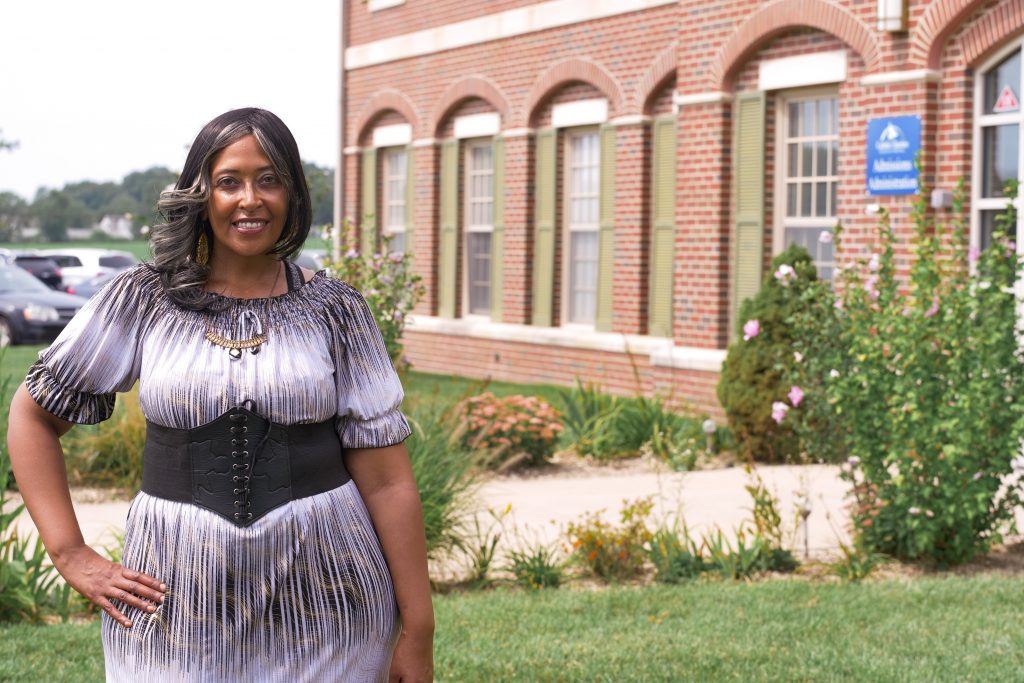 Making her mother proud by prioritizing her mental health

Plenty of people like to joke that they gave their mamas migraines in their younger days. That might be a…