When Katelyn Stumler’s husband, Craig, needed someone to cover his volunteer shift at a New Albany homeless shelter for two hours on a cold night in February, “begrudgingly, I said I’d do it,” she admitted.

But she found serving the service transformative. “It was an incredible experience. … That was the spark that lit the flame of my personal involvement and dedication to this cause.”

Craig Stumler was one of the first to volunteer at the Homeless Coalition of Southern Indiana’s White Flag homeless shelter program in New Albany after it launched.

It’s a volunteer-based program similar to one in Chicago that rotates the shelter location among participating churches.

It was started in the fall of 2016 using the gym — complete with a kitchen and showers — donated by the local Salvation Army.

“White Flag” is a term used nationally by homeless shelters. To protect as many lives as possible on frigid nights, a white flag is placed near a shelter’s entrance indicating they will accept those in need beyond their regular capacity.

“My personal response was I thought it was a great cause, and I was glad my husband was involved. But it was December, which is super busy for me preparing the Christmas liturgy,” said Katelyn Stumler, director of liturgical music ministries for Our Lady of Perpetual Help Parish.

“It’s a powerful experience to know I’m in some way saving people’s lives by not letting them sleep in the cold,” she told The Criterion, newspaper of the Archdiocese of Indianapolis.

From Nov. 15 through April 15, White Flag conditions are announced when temperatures are forecast below 35 degrees for four consecutive hours between 7 p.m.-7 a.m. On those nights, volunteers staff the shelter to provide air mattresses and linens, a hot meal, breakfast and a sack lunch for the guests.

The numbers prove the need. From Nov. 15, 2019, through Feb. 6, the White Flag shelter was open 29 nights and had a total of 237 visits from 69 unique guests. Since its inception, the shelter has provided 197 nights of respite from the cold, adding up to 1,716 visits from 240 individual guests, and averaging 20 guests per night.

“During the months of March and April, we were only open two nights,” because “the temperatures were not cold enough to open the shelter,” said Jess Tandy, project manager for the Homeless Coalition of Southern Indiana that runs the White Flag program.

As a result, the shelter did not see an increase in clients due to COVID-19, like other shelters have across the country.

“We did have a plan in place in the event the we needed it,” Tandy said. “We also did see many volunteers who were scheduled to work certain nights of the month, say they would not come in to volunteer if open because they were in the high-risk group. But it’s hard to say just how many volunteers dropped out since we never had to open.”

Like Katelyn Stumler who filled in at the White Flag shelter that cold February night, many other volunteers have been profoundly impacted by the experience.

“I’ve heard a number of parishioners talk about how they have really changed the way they view homelessness,” says Mary Pettit, White Flag coordinator for St. Mary Parish in New Albany. “They’ve learned that these people aren’t a stereotype — they’re actual people struggling with different issues that put them in this position. And many of homeless are actually working.”

Mark Russell is one example.

The Criterion spoke with him as he enjoyed a hot cup of coffee at the White Flag shelter Feb. 7.

Russell, 32, aged out of foster care and has spent the past 13 years “on and off the streets.” He works part time as a chef at a local restaurant. But the pay is not enough to afford housing, and he has struggled to find additional work.

“I understand the need to help (people) overseas,” said Russell. “But there are people right here in need. There are several veterans on the street, and that’s just not right. … People look at the homeless as lazy, drug addicts or bums. It’s true that some on the streets want to be there. But for some, things in their life just didn’t work out.”

This was true for a couple Pettit encountered. She met them at a Christmas Day open house for the homeless her parish started two years ago, since “everything is closed that day and they have nowhere to get out of the cold.”

The woman had been in a devastating accident, which resulted in a broken spine and injuries to internal organs. The man quit his job to care for her. Medical bills piled up, and they could no longer afford housing.

“You see how one incident in life put them in a situation where they had no control on where they lived,” said Pettit. “It makes you think how, but for the grace of God, that could be me.”

Helping those in need is “service to God that we’re all called to do,” said Larry Richards, who has volunteered for White Flag with his wife, Peggy, since its inception.

“Putting your faith in action makes you appreciate the compassionate Christ,” she said. “You just know that each and every one of us is a gift, and each person we encounter is someone’s daughter or son. Theology becomes actually your life, not just an idea.”

But eradicating homelessness “is not a quick fix. It’s not something that will go away overnight,” said Katelyn Stumler. “We really need to keep this (shelter) open to provide a safe place for people to get a good night’s sleep in a warm place.”

The shelter could use more volunteer help, said Celeste Cook, White Flag senior site captain. She is one of three hired staff who work from 6:30 p.m.-7:30 a.m. to handle situations should they arise.

Russell expressed his gratitude for the shelter and its volunteers.

“I always say God will make a way and give you what you need when you need it,” he says. “Here, I get a warm bed, a good meal, the volunteers are all nice and friendly. … I see God at work here.” 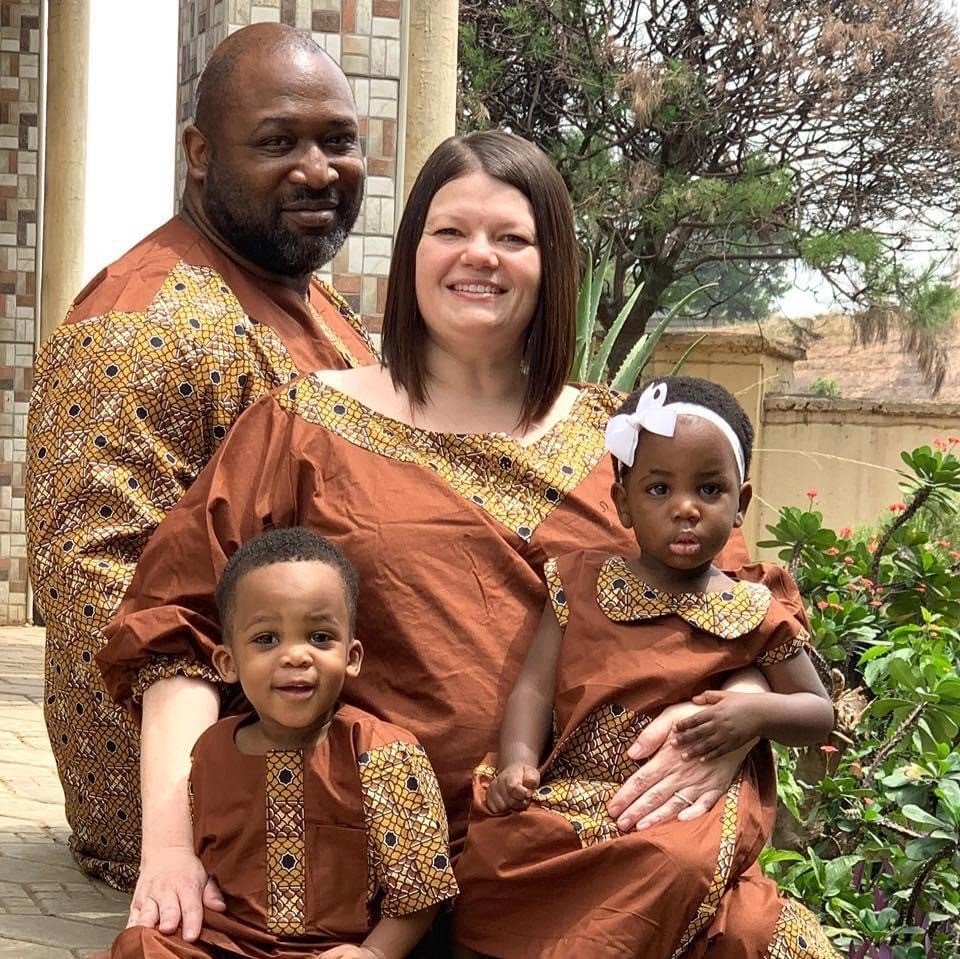 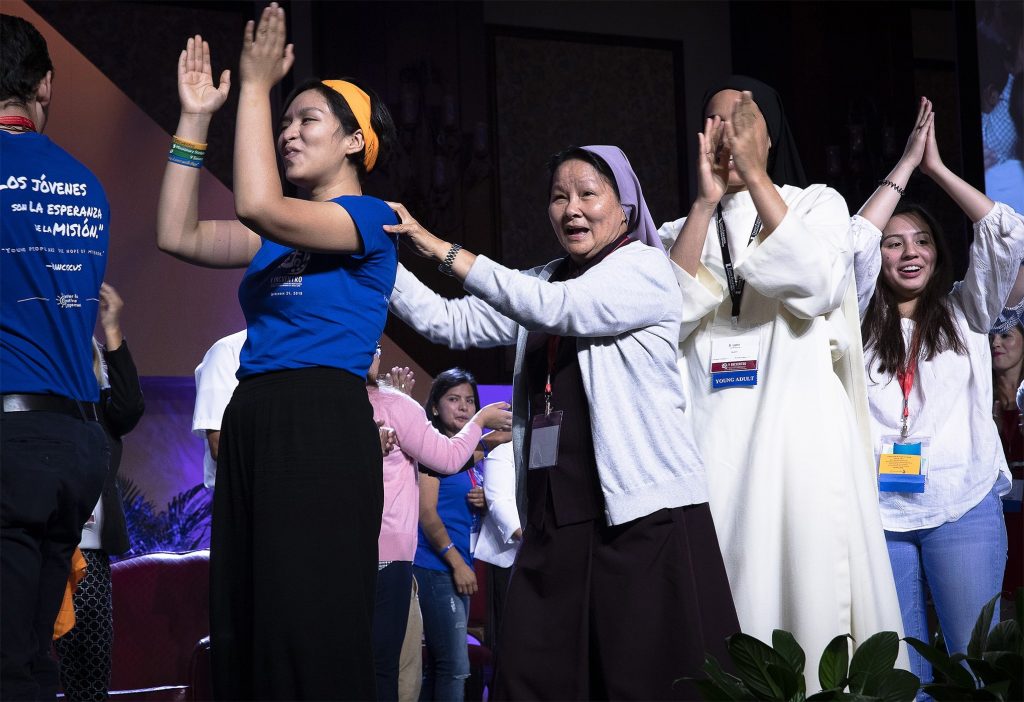 Catholic Charities, Diocese of Paterson, provides help and creates hope for thousands of people each day, throughout all stages of…
Read More Stories
TOP