The recent decision by the Department of Homeland Security to extend restrictions on nonessential crossings of the southern border due to the COVID-19 pandemic did not surprise Catholics who work with migrants in the U.S.-Mexico borderlands.

They said the decision, which includes a freeze on asylum claims and the immediate expulsion of migrants, only deepened the difficulties migrants confront as they wait in dangerous Mexican border towns, where criminal groups often try to kidnap them.

“It’s taking advantage of the virus as a means to continue deterring (migrants) from coming,” Sister Norma Pimentel, a member of the Missionaries of Jesus and director of Catholic Charities of the Rio Grande Valley, said of U.S. border policy implemented with a March 20 emergency order.

“It’s taking advantage of the virus as a means to continue deterring (migrants) from coming,” Sister Norma Pimentel, a member of the Missionaries of Jesus and director of Catholic Charities of the Rio Grande Valley, said of U.S. border policy implemented with a March 20 emergency order.

“The more the rules are extended, the harder and longer it will be for migrants,” said Dominican Brother Obed Cuellar, director of the diocesan Dignified Border shelter in Piedras Negras, Mexico, which borders Eagle Pass, Texas, and has been closed for two months. “We were expecting this.”

The May 19 extension involves a provision known as Title 42, first invoked by the U.S. with the March 20 coronavirus emergency. It allows for the exclusion of people and property “by reason of the existence of any communicable disease in a foreign country,” according to the Federal Register.

“This order has been one of the most critical tools @DHSgov has used to prevent the further spread of the virus and to protect the American people … frontline officers, and those in their care and custody,” Chad Wolf, acting secretary of homeland security, tweeted May 20.

The order stirred criticism from immigration lawyers and advocates that the Trump administration was using the pandemic to further its aims of keeping out migrants.

Brother Cuellar pointed out that in many parts of the border, the COVID-19 contagion is worse on the U.S. side, although Tijuana had been hit hard. He said he thought the U.S. pandemic policies had denied asylum-claimants the right to due process, but said, “I don’t think the policy is a pretext” to stop migration, “Rather it’s an act of prevention.”

Other priests and religious working with migrants voiced opposition to the U.S. policy, saying it failed to take into account the urgency of asylum-seekers feeling violence.

“Their intention was to make it as difficult as possible for people to ask for asylum, and the vast majority are being rejected,” said Scalabrinian Father Pat Murphy, director of the Casa del Migrante in Tijuana, which was sheltering 28 migrants and has been unable to accept new guests.

“I understand they want to be really cautious, but when people are escaping violence and war, you can’t say: Don’t come in for a year,” he said.

The U.S. government has been making the asylum process more difficult through a 2019 program known as Remain in Mexico.

The program, formally called “Migrant Protection Protocols,” requires asylum-seekers to wait in Mexico as their cases are heard in U.S. courts. Some 64,000 asylum-seekers have been returned to Mexico under the program, and just 6% have legal representation, according to a report issued May 19 by Jesuit Refugee Services, which called for an end to the program and restoration of the right to asylum.

More than 20,000 migrants have been expelled since the COVID-19 restrictions were implemented at the border, according to the report.

“Even in the current context, we can both welcome them and protect public health,” said Giulia McPherson, the report author and director of advocacy at Jesuit Refugee Services/USA.

The remaining asylum-seekers in the program have had their court dates pushed into the future due to COVID-19.

Sister Norma has tended to a camp of asylum-seekers who live in tents in Matamoros, Mexico, just across from Brownsville, Texas.

The camp has stayed free of COVID-19 thanks to prevention efforts, monitoring who’s coming and going and some contact tracing. The camp’s population has shrunk for roughly 2,500 residents to 1,500 residents, as no new residents are allowed to move in and, according to Sister Norma, people consider seeking options in Mexico.

“People still do come, it’s just that the United States is just turning them right back,” she said. Her team, she added, “is working with the Mexican government to see how we can integrate (asylum-seekers) into Mexico.”

Jesuit Refugee Service accompanies migrants seeking asylum in Mexico, though fewer cases are currently being processed due to COVID-19, something causing angst for those pursuing claims. 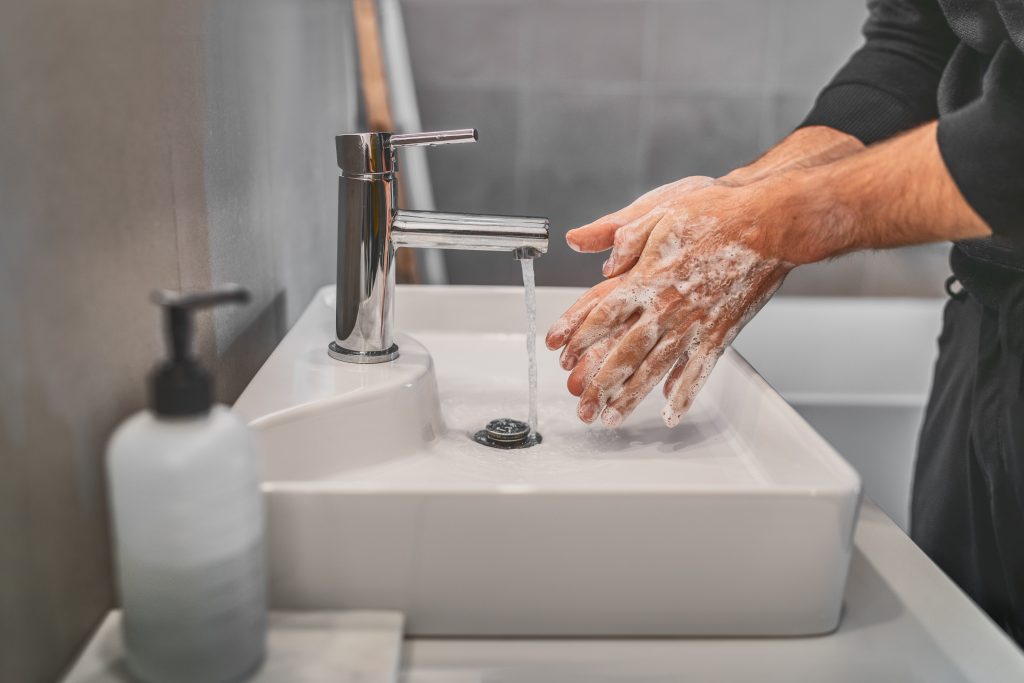 Catholics from the across Southern California and beyond joined Archbishop José H. Gomez of Los Angeles Sept. 20 for Masses…
Read More Stories
TOP