It is hard to believe that people who live in areas rich with food go to bed hungry every night. Yet in San Joaquin County, California – which has been referred to as the breadbasket of the nation – “mixed status” families are not getting the nutrition they need.

“Mixed status” families have at least one member who is a non-citizen. The non-citizen may be undocumented or may be pursuing citizenship. Given the fierce political debate on welcoming newcomers to the United States, mixed status families worry about applying for food benefits, even if they qualify. They fear that once they document their need, the non-citizen member will be detained or deported.

Members of these families often work at seasonal, low-paying jobs in San Joaquin’s farming industry and have no idea where their next meal will come from. It is a tragic irony that the people who pick, package and ship fresh produce to the nation and around the world are suffering as some of the most food insecure.

Food is available for those in need but there is a longstanding misperception among mixed status families that they are ineligible. The confusion centers on the term “public charge.” According to U.S. immigration law, a person “who is likely to become primarily dependent on the government for subsistence” is considered a public charge and may not enter the United States or become a legal permanent resident. (https://www.uscis.gov/greencard/public-charge)

Ana Guzman, program manager for Nutrition Assistance Services at Catholic Charities of the Diocese of Stockton in San Joaquin County, has been working with mixed status families since 2011. Her team works directly with the needy to explain the benefit process and get them the help they need.

“Our agency usually travels to the families because public transportation is always an issue,” Guzman said. “We do this by partnering with churches and food banks and community agencies. Sometimes we do home visits if that’s easier for the client. We make ourselves available to them to ease their concerns.”

Guzman makes it clear to mixed status families that receiving food assistance does not mean being “primarily dependent on the government for subsistence.” She also gives the families a letter from Kim McCoy Wade that makes the same point. Wade is the chief of CalFresh, California’s vehicle for the Supplemental Nutrition Assistance Program (SNAP), formerly known as food stamps.

But even these assurances are not enough. Mixed status families, filled with anxiety, forgo even emergency food services rather than fill out applications or share information about their situations to the state or Catholic Charities. Even the places set up to help hungry people can become centers of hostility, depending on the reception given to clients.

“I have never experienced it as bad as we’ve seen it in the past year,” said Guzman. “Even at our presentations to the community, we hear people say: ‘We don’t mind immigrants being here, but they have to be here legally.’ ”

Guzman thinks the atmosphere can be improved through encountering others. Mixed status families can be safely and privately met at their homes and workplaces to give them the facts about food benefits. Encountering people who object to aiding non-citizens should also happen. They should be engaged and helped to understand the realities facing the vast majority of newcomers, most of whom are fleeing violence and poverty.

For Guzman it all comes down to Catholic Charities’ mission, which aligns with Catholic Social Teaching. “We believe in the inherent dignity of each person. I always have to tie it back to that and remind everyone, including ourselves, that we don’t view a person based on race, age, gender, religion or immigration status. We see them with human dignity.”

After reading Laudato Sí, Pope Francis’ encyclical on caring for the earth, Elizabeth Acevedo asked herself, “Where do I fit… 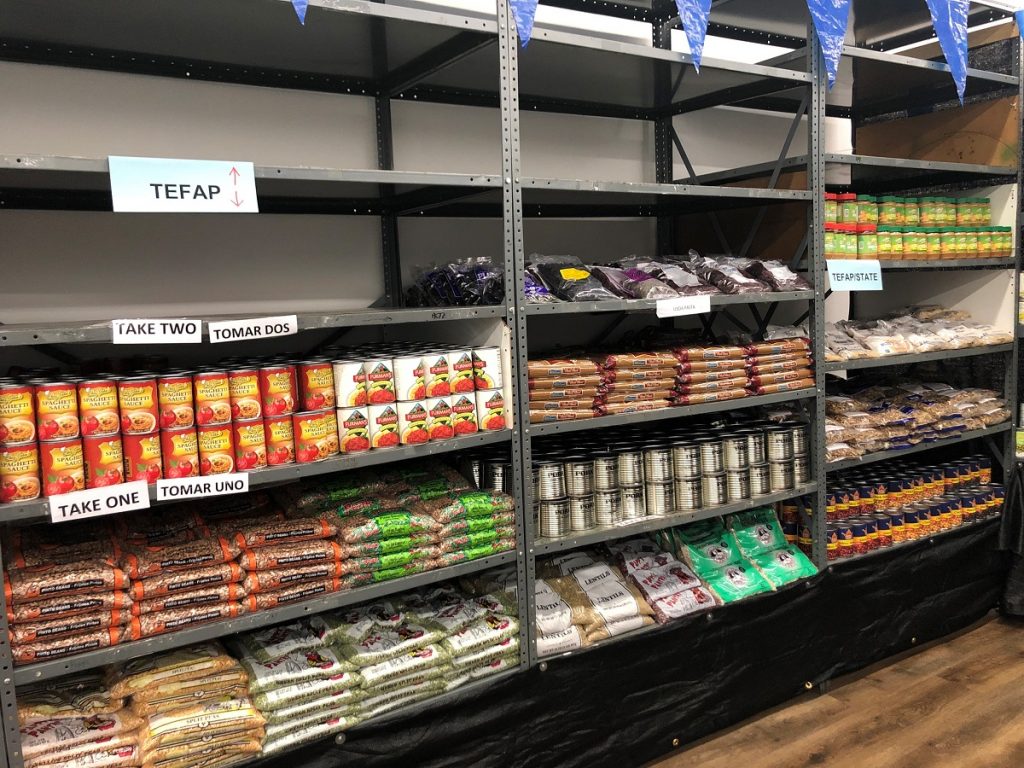