Catholic Social Services of the Diocese of Scranton, which serves 11 counties in Northeastern Pennsylvania, demonstrates such compassion through many of its programs, including its Citizens’ Re-Entry Program.

The program, which helps individuals who have been paroled from prison assimilate themselves back into the community, is operated in cooperation with the Lackawanna-Susquehanna Counties Behavioral Health Intellectual Disabilities Early Intervention (BHIDEI) Program. It is funded by the County Office of Mental Health, it began in 2018, and it offers parolees a clean, safe and professionally-supervised place to stay during their transition.

Shannon Evarts, the supervisor of the program and an employee of Catholic Social Services of the Diocese of Scranton, said that those served by the Citizens’ Re-Entry Program come from the Lackawanna County Prison.

“We get referrals for people that have been in prison long enough so that they can be released on a ‘home plan,’ ” said Evarts. “They’re still on probation, but they can go home. The issue is that a lot of them can’t get home plans approved, or they don’t have a home to go to.  And so if our program didn’t exist, they would have to sit in prison until they reached their maximum sentence, and then they would be released. But at that point they wouldn’t be on probation. They’d have no supervision. They’d just be back out in the community. Basically, we take people that otherwise would still be sitting in jail, but really don’t need to be, and help them through their transition.”

A “home plan,” said Evarts, is a proper living arrangement that a paroled prisoner must have before they are released.

“It means that they are permitted to go and live with family or a friend,” she said. “But the arrangement has to be approved. Their probation officer has to check it out, and sometimes it’s not approved, because you’ve gone to Mom’s house two or three times in the past, and you violated every time, and clearly it’s just not a good fit for you. Other times, they just don’t have someone that will take them. Our program gets them out of jail.”

In addition to being eligible for parole, Evarts says those that enter the Citizens’ Re-Entry Program must have a mental health diagnosis and must also be working towards bettering their mental health through a recovery model. The program, as a whole, works collaboratively with the county office, the county prison and mental health professionals.

“We work very closely with the Scranton Counseling Center,” said Evarts. “That’s one of our requirements to come here. They must have a case manager through Scranton Counseling, which we coordinate. We need to know that they’re active in their mental health treatment. We also work with the probation and parole officers. We have a meeting every other week with someone from the county, someone from the jail,  two case managers, the Director of Forensic Services and a supervisor from Scranton Counseling. We discuss what’s going on with the residents, mental health wise.”

Residents that are accepted by Catholic Social Services of the Diocese of Scranton’s Citizens’ Re-Entry Program stay at St. James Manor, a newly renovated apartment complex located just a few blocks from downtown Scranton. St. Francis of Assisi Kitchen, which is also operated by the Diocese of Scranton and serves hot meals every day, is only two blocks away. There are eight apartments designated for the program at the facility.

“Everything is provided for them,” said Evarts. “They’re allowed to stay for the duration of their probation. Some people come and are only here for a month. Other people that still have more time left on their probation, and so usually, that’s how long they’ll stay. But if they can get something approved before their probation ends, they’re allowed to move out.  The longest that we’ve had someone stay was a year.”

One such person currently participating in the program is Stephanie Schwambach. Schwambach, 45, is originally from Reading, about 100 miles from Scranton, but she ended up in the city – and in Lackawanna County Prison – under bizarre circumstances

“I lost my mind,” said Schwambach, when discussing what led to her incarceration. “I was going through a lot of stress at the time, and I was driving a U-Haul, because I was moving out of my apartment. I had gotten lost, and I turned my U-Haul around when I found out that I was in the Pocono mountains. And I somehow ended up in Scranton. I don’t even remember how. I crashed the truck right by Nay Aug Park (in Scranton) and I wanted to get home. That was what was in my head. ‘I just need to get home.’ My U-Haul wouldn’t work, and so I went and found a vehicle that would. I saw an ambulance at a nearby medical center that had the keys in it, and I honestly don’t remember making the decision to take it. I was blanked out.”

Schwambach took the vehicle and led police on a high speed chase. She eventually crashed the ambulance. Authorities originally considered a 302 petition to have her admitted to a psychiatric hospital but chose instead to arrest her.  “I had never been in trouble before in my life,” she said. “I had four or five major life events happen with a very short period of time and I just couldn’t handle it.”

Though she was sentenced to 24 months in prison, she was paroled after only 11 thanks in part to the Citizens’ Re-Entry Program. She’s been working with the program for the past eight months.

“It’s given me a place to live, so I’m not homeless, which is a huge thing,” said Schwambach. “Not being from Scranton, I didn’t have a home plan, so this gave me a home plan that would allow me to get out of prison and start to rebuild my life. I was a social worker before all of this happened, so I know where to look for resources. And when I was not able to find community resources, Shannon or some of the other staff were able to help me.”

Schwambach is now in the process of stabilizing her financial situation and is following all of the protocols required by the Citizens’ Re-Entry Program.  She hopes to leave within a few months. As she indicated, those participating in the Citizens’ Re-Entry Program also receive help and guidance from the Catholic Social Services staff in how to gain better independence.

“One of the first things that we tell them when they come here is to go to the welfare office and get their food stamp cards,” said Evarts. “We also try to assist them in finding employment with whatever they’re interested in. A lot of them are waiting for social security decisions, so we also assist them with that if necessary. We also assist them with finding housing. We try to get them to do the legwork – because we’re trying to get them to develop independent living skills – but if they need anything,  we try to help them as best we can.

“There was definitely a need for this in the community,” she added. “There’s a great need for re-entry and rehabilitation programs, and this program gives people that opportunity. It’s transitional, but it’s not a half-way house. We follow all probation guidelines. No drugs. No alcohol. But you can sign out and leave the building. You just have to be back in your room at night by curfew. We also help residents manage their medications, but after six months, if we decide they can manage them on their own, we’ll let them. We’re holding people accountable, but they’re also more independent. It’s a nice way for people coming out of jail to try and reestablish themselves in the community. At a half-way house, they can go through all of your things and dump all of your stuff on the floor, whereas we’re not really going to do that. We don’t want a ‘criminal justice’ feel. We want it to feel more like social work.”

We’re holding people accountable, but they’re also more independent. It’s a nice way for people coming out of jail to try and reestablish themselves in the community.

Mary Theresa Malandro, the diocesan secretary for Catholic Human Services and the chief executive officer of Catholic Social Services of the Diocese of Scranton, said the program affords the agency the opportunity to serve those in need.

“Rooted in the Gospel, the mission of Catholic Social Services of the Diocese of Scranton is to serve individuals and families in poverty and hardship, as we are called by Christ to do, and to respond compassionately to their needs,” she said. “As a Catholic agency, we advocate for individual dignity and self-sufficiency and actively give of ourselves to replace despair with hope.”

“The Lackawanna-Susquehanna Behavioral Health Program is pleased to support the needs of individuals with mental illness who intersect with the criminal justice system,” she said. “It is very rewarding to have the opportunity to support these individuals on a path to recovery and independence.  Catholic Social Services has been a long standing partner with the County Behavioral Health Program to meet the needs of individuals with mental illness in our county and we are appreciative of their commitment to the needs of these citizens.”

Evarts says Catholic Social Services of the Diocese of Scranton often sees how the re-entry program can help people turn their lives around and that she is proud of that work.

“We are the only re-entry program in our area that does this,” she said.  “There are a lot of community rehabilitation residence programs, but there’s not one in our area specially designed for people that are incarcerated. It’s hard, coming out of jail. You need to get your services in place and you need to find employment. We just want to be able to get people back on their feet.”

“It’s given me the opportunity to restart my life,” she said. “Nobody here has judged me. They’ve been fantastic and very helpful. Without this program, I would not be out of prison.“

[The article was written by Alan K. Stout.] 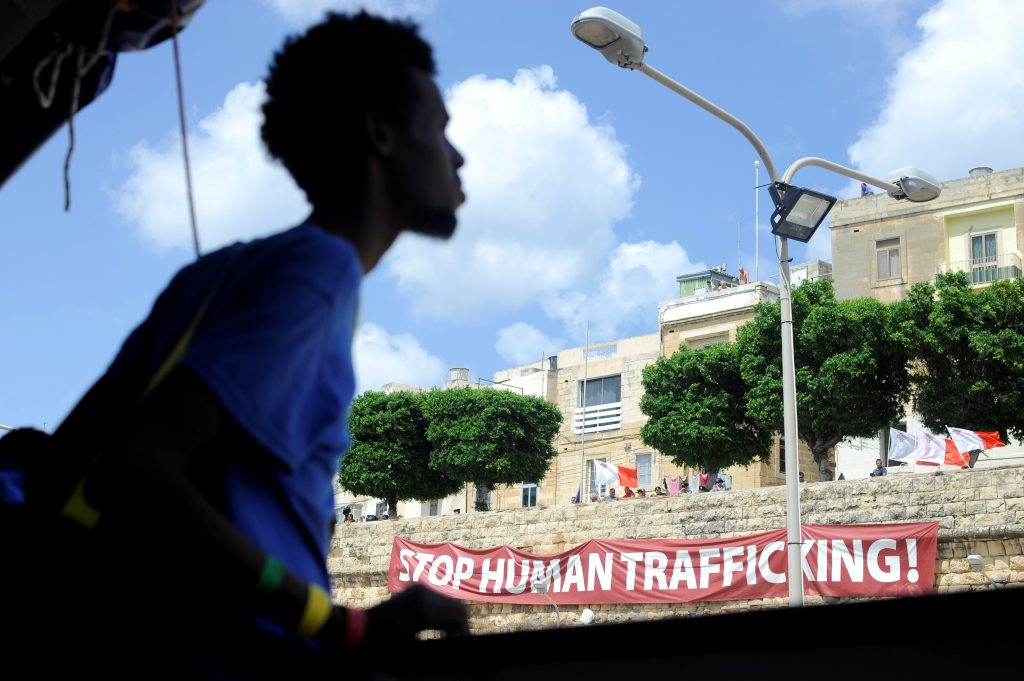 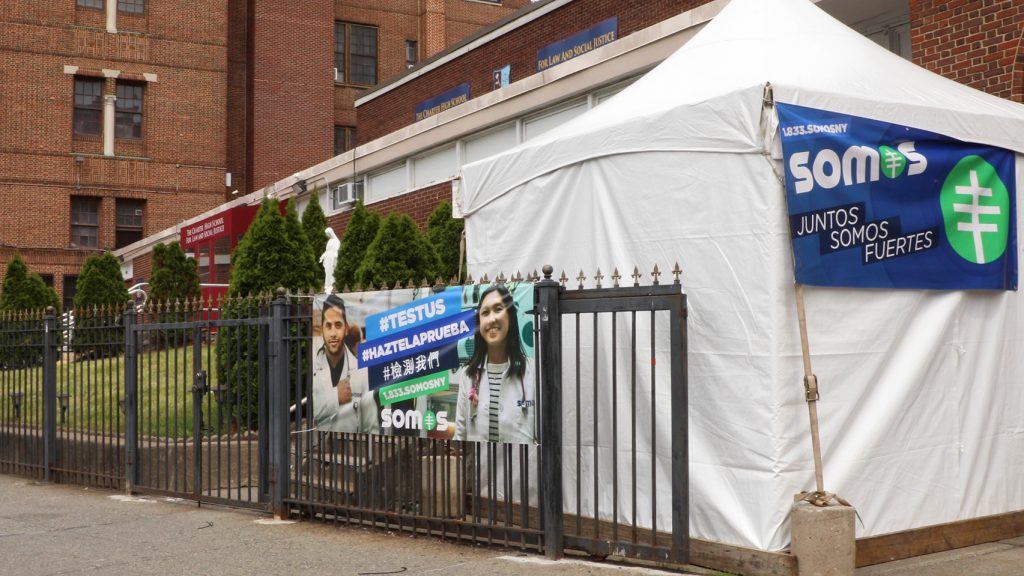 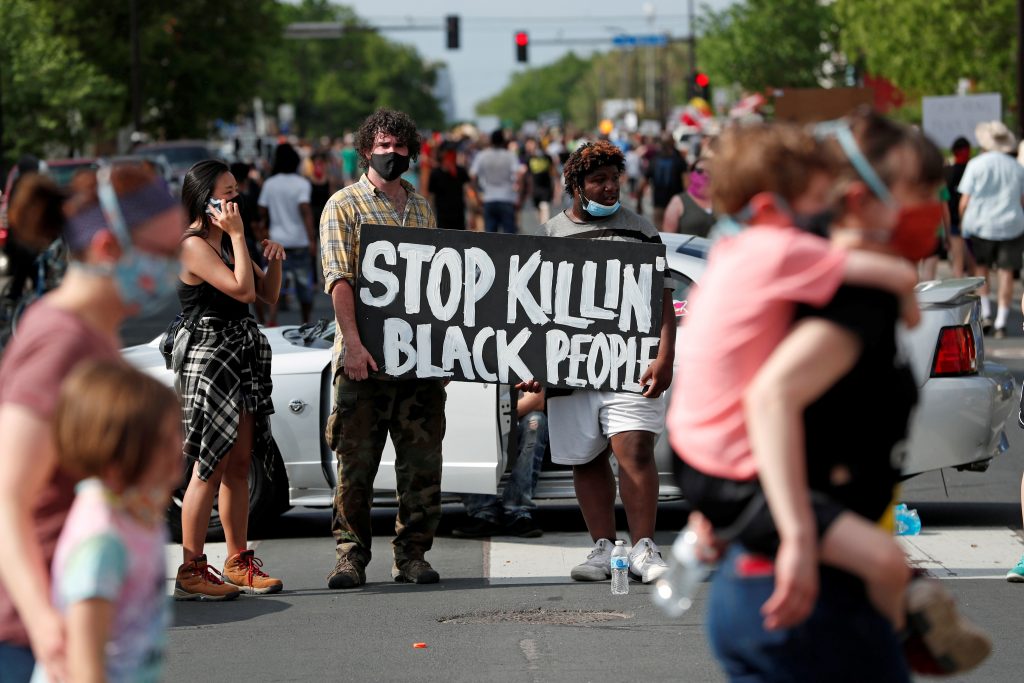 Racism ‘at heart’ of man’s death at hands of police