The volunteers are fewer, but Ernie Stetenfeld and his fellow Vincentians in Madison, Wisconsin, are not slowing down in the face of the coronavirus.

Boxes of food are being packed for pickup, the state’s only charitable pharmacy continues to operate, and families struggling to pay utility bills are getting assistance through parish conferences even if it means paid staff are having to do more, said Stetenfeld, CEO and executive director of the Madison District Council of the Society of St. Vincent de Paul.

“We’re putting a premium on maintaining service because if anything, the coronavirus situation impacts people coping with poverty at least as greatly if not more so than all the rest of the people, especially if there is a loss of income,” Stetenfeld told Catholic News Service March 17. “We feel it’s important for us to maintain as high a level of service as we can.”

Volunteers are not totally out of the picture. Stetenfeld said the number of folks who are showing up at the council’s food pantry since the coronavirus outbreak in February has dropped by more than half — from 30 to 40 to about 15. But the pool of regular visits by corporate and University of Wisconsin-Madison student helpers has virtually disappeared.

And phone calls have largely replaced home visits, the hallmark of Vincentian service.

Still, Stetenfeld is grateful. “We’ve been actually heartened that people are making the trip in,” he said. For volunteers who are in their late 70s and 80s, Stetenfeld and staff have advised them to stay home.

Catholic charitable agencies nationwide are having to do with fewer volunteers because of the coronavirus, which causes the disease COVID-19. Some agencies have asked volunteers to stay away until the threat from illness subsides. Others are placing volunteers in operations in which they have no public contact.

In many cases, the volunteers themselves have decided to stay home.
“At one of our shelters for example, our receptionists are volunteers and volunteers operate in our emergency food pantry, and they are no longer coming,” explained Richelle A. Vible, executive director of Catholic Charities of the Diocese of Wilmington, Delaware. “Most of the people who do this are retired, or older, and they are just not feeling it is safe to go out.”

Vible and other staff members had not asked volunteers to stay away from other programs as of early March 17. Helpers continued to pack food boxes for delivery by staff to some of the 500 families the agency serves monthly. Vible is unsure how long that will continue though.

“We are right now assessing whether we will have to cut back on that. It’s certainly a possibility,” she said.

The same situation exists at programs run by Catholic Charities of Southern Nevada in the Diocese of Las Vegas. Deacon Thomas A. Roberts, executive director, told CNS March 16 the agency was redirecting all volunteers to “back-of-the-house” tasks, especially at the agency’s food pantry.

Catholic Charities of Southern Nevada was redirecting all volunteers to “back-of-the-house” tasks, especially at the agency’s food pantry.

“Interestingly, we had people reaching out to us who want to help,” Deacon Roberts said. “We’re going to be careful on how we direct them to areas that keep them safe, social distancing as much as we can, and being direct and offering a limited opportunity for interaction.”

More troublesome to Deacon Roberts is the layoff of up to 70,000 employees by one chain of casinos. He said he expects to have to ramp up service to meet the needs of laid-off service industry workers as gathering places of large numbers of people continue to close.

“We’re trying to spread our resources as much as we can.”

Meanwhile, Catholic Charities of Central Texas in the Diocese of Austin canceled all volunteer opportunities beginning March 16. Annually between 200 and 300 volunteers show up at various programs, leaving a big gap to fill, Executive Director Sara Ramirez said. “We have a responsibility to our volunteers. It’s important for us to take care of them because they are a vital part of our operations,” she said.

That decision has left paid staff to handle tasks such as assembling baby kits that include diapers, infant formula and wipes. Distribution is through a drive-up system rather than giving packs to families in a more personal setting.

Catholic Charities of New Hampshire in the Diocese of Manchester has halted almost all programs for volunteers, most notably at the massive statewide Feeding America food bank the agency operates, said Michael McDonough, executive director of marketing and communications.

“The food bank itself is just open to staff right now,” McDonough said March 17. “We made the decision to protect our building and the food inside of it. We didn’t want to have any risk.”

Other areas where volunteer opportunities have ended include Liberty House, a transitional housing and social service program for military veterans, and seven Catholic Charities-run nursing homes.

Volunteers continue, however, to be involved with the CareGivers program that delivers food and provides ride services to homebound senior citizens. McDonough said volunteers have been instructed to follow local, state and federal guidelines in practicing social distancing to minimize the risk of transmission of any illness, COVID-19 included.

“We are continually listening to state and federal regulations to make sure we can continue to do that,” McDonough said. “If at any point it becomes clear that we’re compromising the health and well-being of our clients, we will revisit that.”
– – –
Follow Sadowski on Twitter: @DennisSadowski 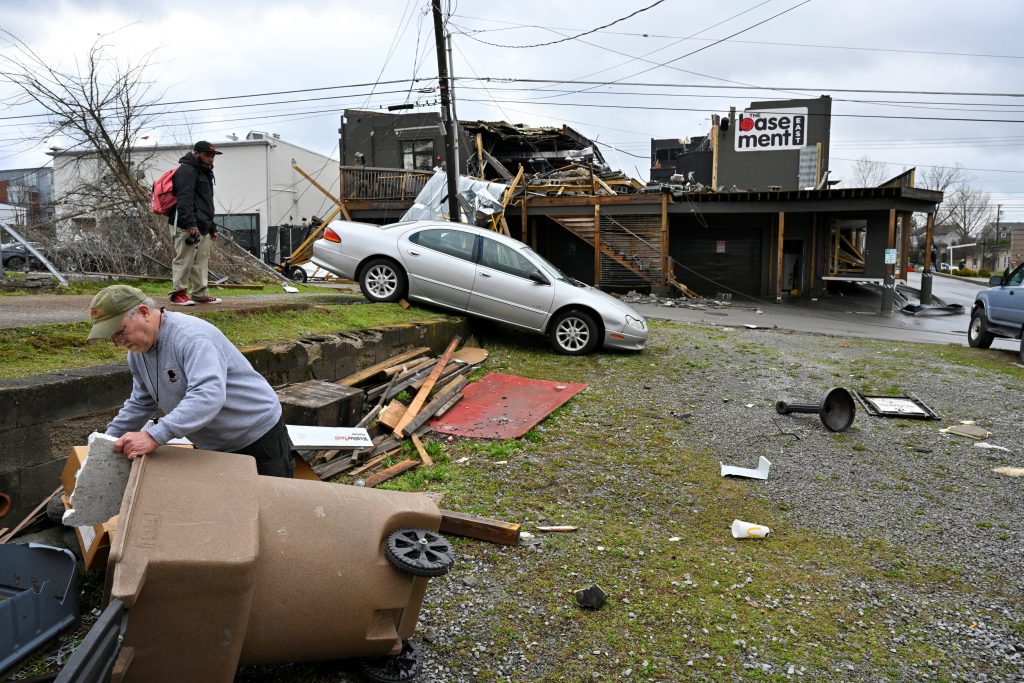 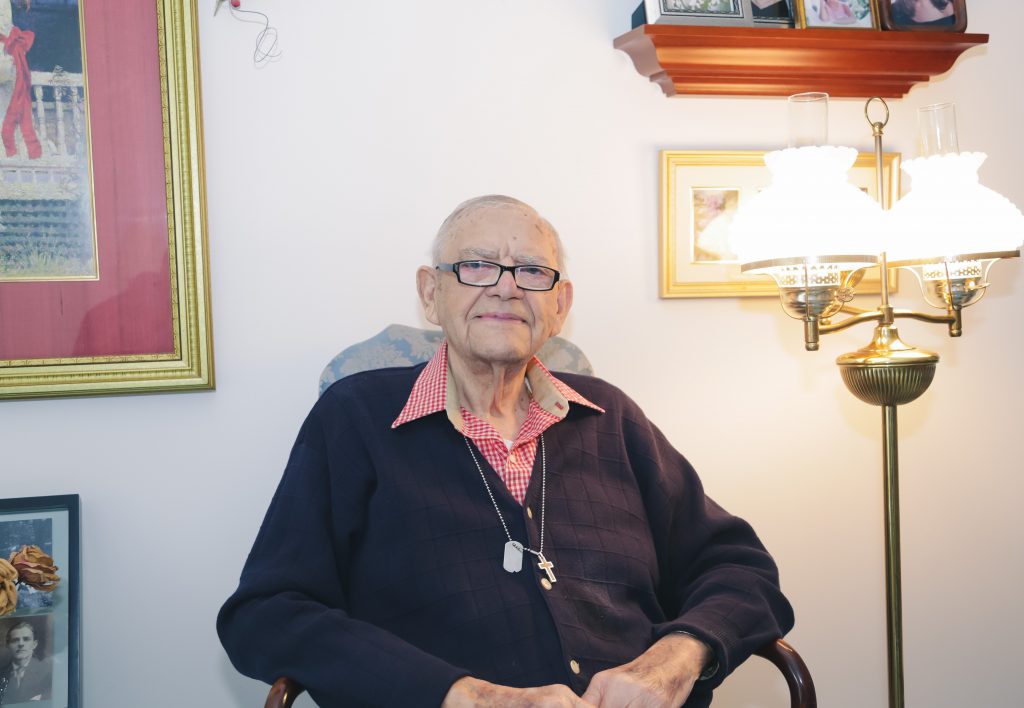 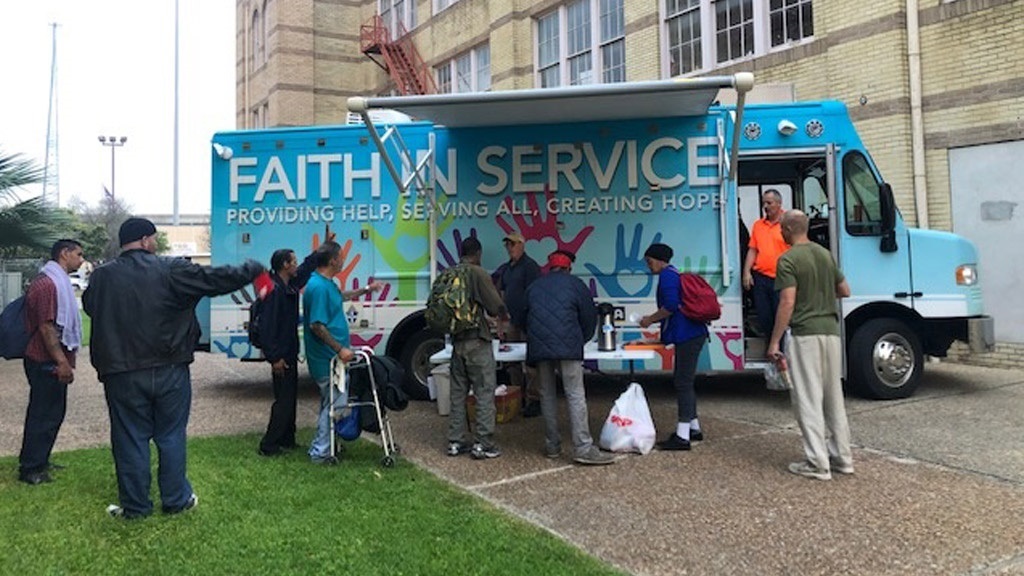