The Diocese of Birmingham “may have been spared greater disaster” because of Mary’s intercession when numerous tornadoes and widespread damaging winds ripped through Alabama and much of the South April 12 to April 13, said Bishop Robert J. Baker.

“Because the Diocese of Birmingham falls in the trajectory of what is referred to as ‘Dixie Tornado Alley,’ we have a special prayer that we promote when storms come our way,” Bishop Baker said in an April 15 statement. “As the storms came our way Easter Sunday evening, I went to Facebook and shared that prayer to Our Lady of Joyful Hope.”

“To my knowledge, just one rectory had some damage to a storage area,” added the bishop, who retired as head of the diocese March 25. He is serving as apostolic administrator until his successor, Bishop Steven J. Raica, is installed June 23.

Bishop Baker said that while there was no loss of life in Alabama, serious damage was done to homes in northern Alabama, especially in the area around Tuscaloosa and the region around Boaz, Alabama. “Our Catholic Social Services offices in those areas will reach out to people in distress,” he added.

The storms hit central Texas early April 12 with what was described as “gigantic” hail, leaving damage behind as the storms went east through Louisiana, Arkansas, Mississippi, Tennessee, Alabama, Georgia and the Carolinas. New reports said the severe weather at least 33 dead and left over 1 million people without power early in the morning of April 13.

NBC News reported that over the two days more than 160 million people were under wind alerts in almost every state east of the Mississippi River and it also noted the states were hit by the storms as they “are dealing with the coronavirus pandemic.”

Bishop Baker shared his diocese’s prayer, which is titled “Prayer for Protection from Storms, Tornadoes and all Natural Disasters” and has his imprimatur of Aug. 15, 2012.

It says in part: “To you, Our Lady of Joyful Hope, we pray. Even as the skies grow dark and heavy winds sweep across the earth, there is a light that can always be found, guiding us to safety. You gave us your Son, our light and our guide, to walk with us through the valley of the shadow of death; for His light shines brightest on those in need of protection from all harm.

“Through sadness, fear or worry, we always have the Lord Jesus, our God, and you, His mother, at our side. If life brings forth fire, winds, flooding, or disasters of any kind, we pray that you, our Mother, will be with us to protect us from harm. Now, as the days bring uncertainty and our fears creep in, we ask you, our Lady of Joyful Hope, to bring our family, friends, brothers and sisters into your loving embrace. … Pour out your love on all those in peril and in harm’s way. Bring them peace and comfort as you protect them from tornadoes, hardships, and all storms. We ask for your strength and protection from all the difficulties, dangers, and disasters we face in this life, through Christ, our Lord. Amen.”

The severe weather that spawned deadly tornadoes in South Carolina the morning of April 13 left at least eight people dead, but they left church buildings and other church property in the statewide Diocese of Charleston mostly unscathed.

The only report of significant damage came from St. Andrew Church in Clemson, South Carolina, where a large tree fell across the front of a building on the parish campus, according to Eric Meister, Catholic Mutual’s claims risk manager for the Diocese of Charleston. Meister said he had not received any other reports of damage from any other diocesan properties as of mid-afternoon April 14.

Franciscan Father Dan McLellan, pastor of St. Andrew, said the damaged building is a house known as Merton Hall which is used for religious education. He said the tree fell across the front of the building, crushed the front porch railings and punched a hole in the roof. No one was inside when the storm came through early Monday morning.

“Fortunately the interior of Merton Hall is undamaged,” Father McLellan told The Catholic Miscellany, the diocesan newspaper. “The tree damage is all we had, thank goodness. The church, our chapel and other buildings all came through undamaged.”

He said the houses of several St. Andrew parishioners were heavily damaged, but no one was injured or had their home destroyed.

Elsewhere in South Carolina, there was heavy damage in Seneca, and one of the eight who died in the state was a man killed at a manufacturing plant there. Other areas heavily impacted included Nixville in Hampton County, about 60 miles northwest of Hilton Head, where at least five people died; parts of rural Orangeburg County where two people lost their lives; and neighborhoods near Walterboro in Colleton County.

In Louisiana, Meg Goorley, executive director of Catholic Charities of Northern Louisiana in Diocese of Shreveport, reported that the agency was “not offering a lot of help because people have not asked for it.” In Ouachita Parish, a civil jurisdiction in the Monroe area in the northeast part of the state, damage was high, but United Way was helping the most, she told CNS April 16.

Goorley said her agency had received some donations “as a pass-through and they have been forwarded to those recovery efforts.

Bishop Richard F. Stika of Knoxville, Tennessee, said April 16 he was on the phone with many of the diocese’s pastors the morning of April 16. “We were fortunate that our churches didn’t sustain much, if anything, in the way of damage.”

“Some of our parishioners, however, did see damage to their homes, and our pastors are working with the affected families to make certain they have what they need during their recovery,” he said. 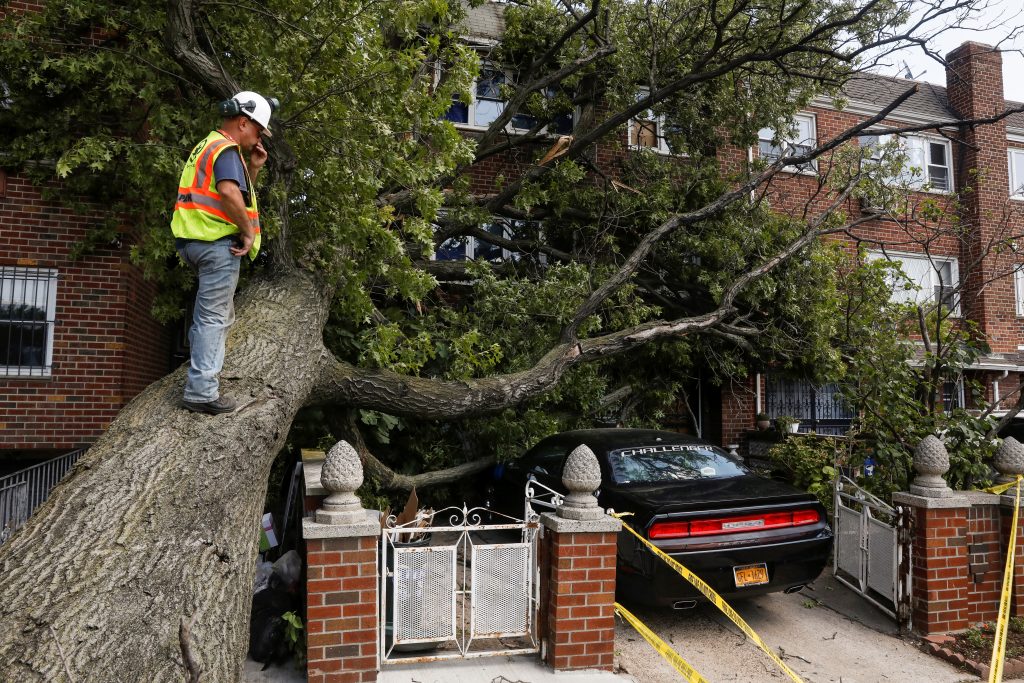 Dioceses spared by Isaias, but ready response for those who may need help

Catholic churches, schools and other properties were spared serious damage by a mid-season tropical storm that raced up the East… 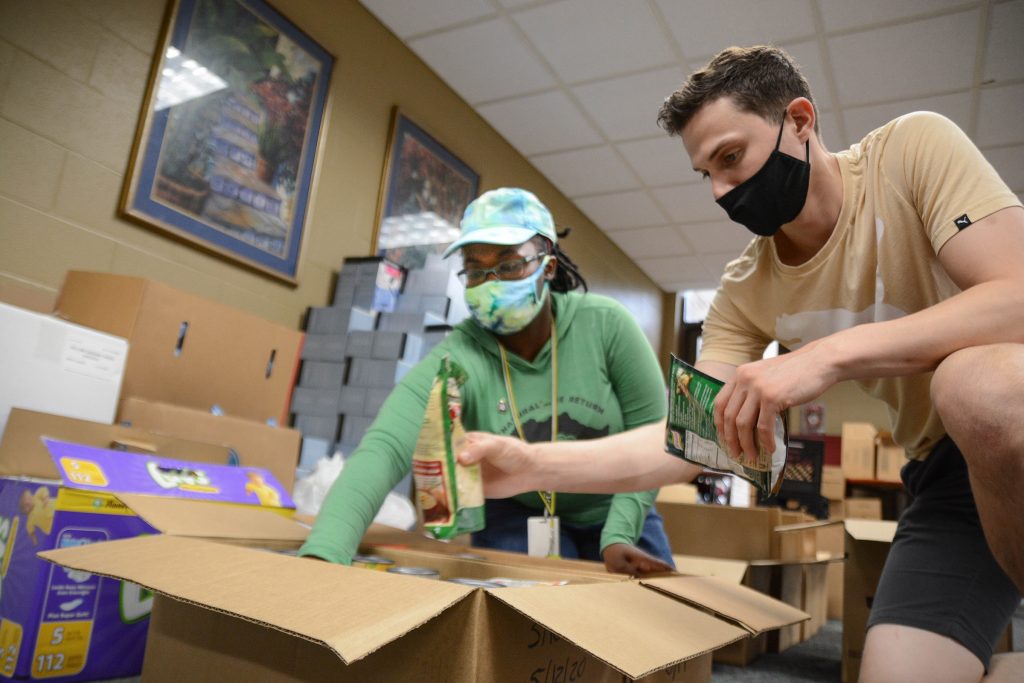 During this unpreceded time in our country, our federal partner AmeriCorps made the decision to allow national service members to…
Read More Stories
TOP