Alexandria, Va. – A new report provides solid data that demonstrate the positive impact of refugees in the U.S. communities where they settle.

The report – “The U.S. Refugee Resettlement Program, A Return to First Principles: How Refugees Help to Define, Strengthen, and Revitalize the United States” – was released June 20, 2018, the 18th anniversary of the international observance of World Refugee Day.

The report looked at the 1.1 million refugees that arrived in the U.S. between 1987 and 2016 via the U.S. Refugee Admissions Program (USRAP) and described some of their achievements and contributions, including:

• 68 percent participate in the labor force (compared to 63 percent of the U.S. population);
• 67 percent have naturalized;
• 40 percent are married to U.S. citizens;
• 10 percent are self-employed and have created jobs;
• Achieved a median household income of $43,000.

Most of the refugees considered in the report moved quickly to self-sufficiency through gainful employment, English proficiency, and the attainment of college degrees and vocational training. The report stated that USRAP “has saved countless lives, put millions of impoverished persons on a path to work, self-sufficiency, and integration, and advanced U.S. standing in the world.”

The report was conceived and commissioned by Catholic Charities USA, Catholic Relief Services, and the United States Conference of Catholic Bishops Office of Migration and Refugee Services. It was released on World Refugee Day at a symposium hosted by the Georgetown University Human Rights Institute in Washington, D.C. To read the full report, click here.

Migrants, refugees and asylum seekers: Who are they, why do they come and how does Catholic Charities help them?

What does it mean to be a migrant? Migrants are vulnerable people who are fleeing their country of origin —… 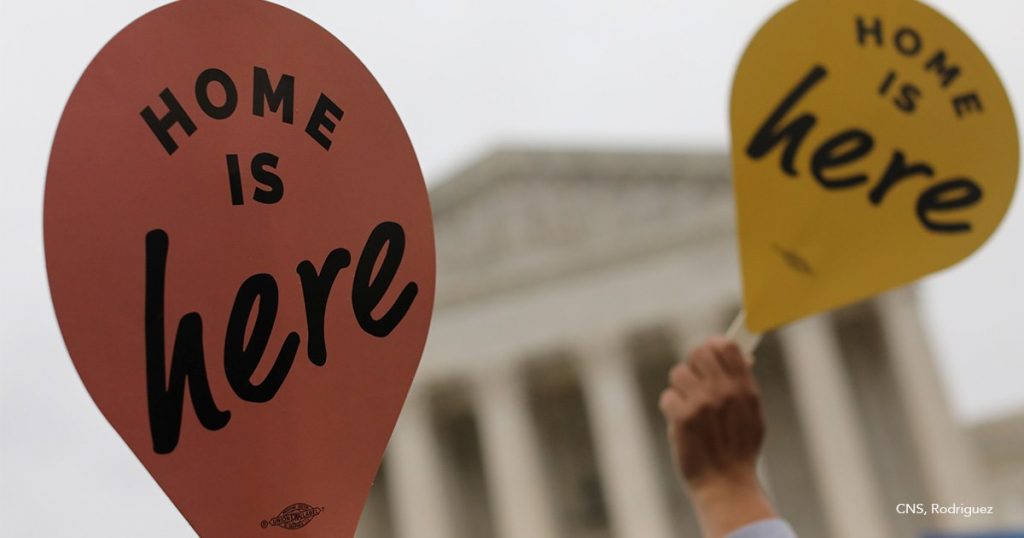 CC to help Ukrainian refugees escape the horrors of war