Organizing a closet full of clothes can be a daunting and unwelcome chore for someone doing some spring cleaning at home. The thought of putting it off until next spring may be very tempting. Now imagine walking into a facility with 26,000 square feet of floor space filled with hundreds of bags of clothes and being asked to organize the items by sizes. What would you do?

This is exactly the scenario that greeted the groups of women religious who volunteered at the Humanitarian Respite Center of Catholic Charities of the Rio Grande Valley (CCRGV), and the sisters were not only undaunted but also ready for the task. Most of the sisters were older women with years of experience leading schools and hospitals and other charitable organizations. A warehouse full of clothes was no match for them.

“They helped to organize the clothing, which was a big need,” said Michelle Nunez. “The system they set up will continue, and it will be passed on to other sisters and other volunteers.”

The women religious volunteering at CCRGV were from the Sisters of Saint Joseph, the Adrian Dominican Sisters, and several groups of Franciscans. They had responded to a call in March 2021 from Sister Donna Markham OP, PhD, president and CEO of Catholic Charities USA, and the Leadership Conference of Women Religious to help Catholic Charities agencies along the southwest border of the U.S. minister to the many migrants and asylum seekers entering the country from Mexico.

After the Biden administration canceled the previous administration’s so-called “Remain in Mexico” policy, many individuals and families fleeing organized crime, gang violence, and extreme poverty in their home countries sought refuge in the United States.

Nunez said that CCRGV was seeing up to 350 people every day between March and the end of May. These people had been on the road and without stable housing for weeks. They needed food, a shower, and fresh clothing before continuing their journeys to a relative’s or sponsor’s home.

The sisters developed a system with other volunteers to handle the steady stream of men, women, and children needing clothes. Just as you might find at a retail store, sections were separated by gender and organized by size. As items were depleted, volunteers restocked immediately as more people filed in to the space.

“We receive people from morning to evening all day, so we need volunteers to sort the clothes for the families who come,” said Rosa Pallais. “It’s a lot of work.”

But it’s not all work. As valuable as the sisters’ volunteer efforts have been, Pallais and Nunez say that their presence at the respite center has been priceless.

“Everybody is happy with them because they are very generous,” Pallais said. “They are so loving and tender with the families. They’re constantly seeing if there’s a child that’s crying; they try to comfort the child. They make sure that individuals have the clothing and whatever they need, especially in the situations that the families are in. It’s very important for the families to feel taken care of, and that’s what the sisters are doing.”

One of the sisters celebrated her birthday while volunteering at CCRGV, so agency staff hosted a celebration for her. “An infant, probably a one-year-old, gravitated toward the sister and gave her a hug,” said Nunez. “It’s a beautiful example of how the sisters’ motherly presence just radiates in the room. People, families especially, gravitate toward them and feel comfortable with them.”

Nunez and Pallais agree that the sisters have further enriched the efforts and services of CCRGV in its ministry to newcomers. By sharing their time and talent so generously, the sisters have also given the families and individuals at least two other wonderful gifts: a sense of being welcomed and the hope for a new life. 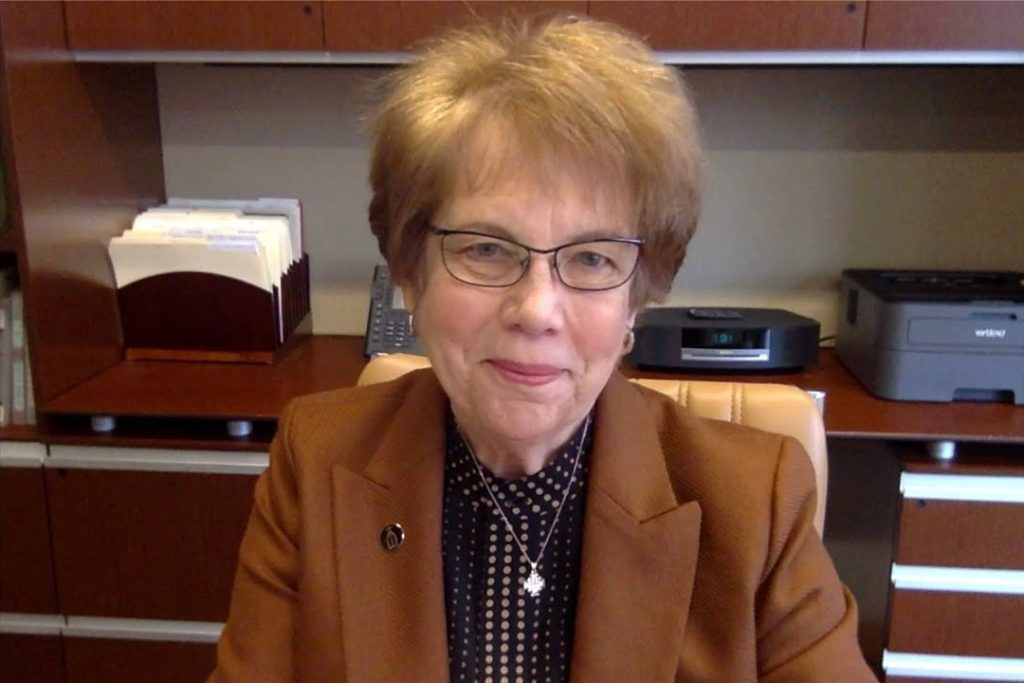 Welcoming and walking with newcomers