There are over 4 million seniors in the United States who are currently living in poverty. Catholic Charities Eastern Washington (CCEW) provides over 500 units of affordable senior housing throughout the region. Two of those housing complexes are Cathedral Plaza and The O’Malley.

Cathedral Plaza is a 70s era CCEW apartment located on the Spokane River with unique, 360-degree postcard views of the city. CCEW is reinvesting in the 40-plus-year-old building to freshen up the residents’ living spaces by updating the units with new kitchens and bathrooms, cabinets, flooring, air conditioners and fresh paint.

Bill, a longtime resident of Cathedral Plaza, was ecstatic to return to his renovated apartment. Two weeks after moving back in to his apartment, he was still unpacking.

“I’m particular,” Bill said. “It takes time to put things back where they were.” But for a guy with high standards, Bill is quite happy with his newly renovated unit, especially the kitchen appliances.

“You can really cook on this stove,” Bill said. Pre-renovation, the apartments had small cooktops. Now, Bill enjoys having multiple pots boiling at once. He also showed off the soft-close cabinets and drawers, which don’t slam when you shut them.

During the renovation, Bill and a group of his neighbors stayed at the Ruby Hotel and dined at Gonzaga University’s student dining hall for lunch and dinner. He said that the shared experience created a new community among his neighbors. Before the renovation, they just said hello in the halls — during their stay at Ruby, they got to know each other.

“Now that I’m back, I try to be in touch,” Bill said. He and his neighbors have planned monthly potlucks to keep their friendship going. They will take turns hosting the dinners in their updated apartments.

Sr. Esther has lived at The O’Malley for several years. Like Bill, she also recently moved back into her apartment. She is very happy with the overall renovations and is especially excited about the pantry storage. Sr. Esther was relocated to a nearby hotel during the construction. She said it was worth being away for three months because she left with neighbors and came back with friends. The relocation brought the group closer together, and they plan to maintain those new friendships. As the residents have become more familiar with one another, they have become a natural support system.

Over the next year, Catholic Charities will continue to update the Cathedral Plaza and The O’Malley senior apartments. Residents will move out of their units for 60–90 days and live together in temporary accommodations to maintain a sense of community during the move. When they return, their old apartments will have a modern flow, with amenities that will allow them to remain in their homes and to live with dignity.

At its heart, the Healthy Housing Initiative (HHI) is about seeing the dignity of every person. A person-centered, comprehensive approach… 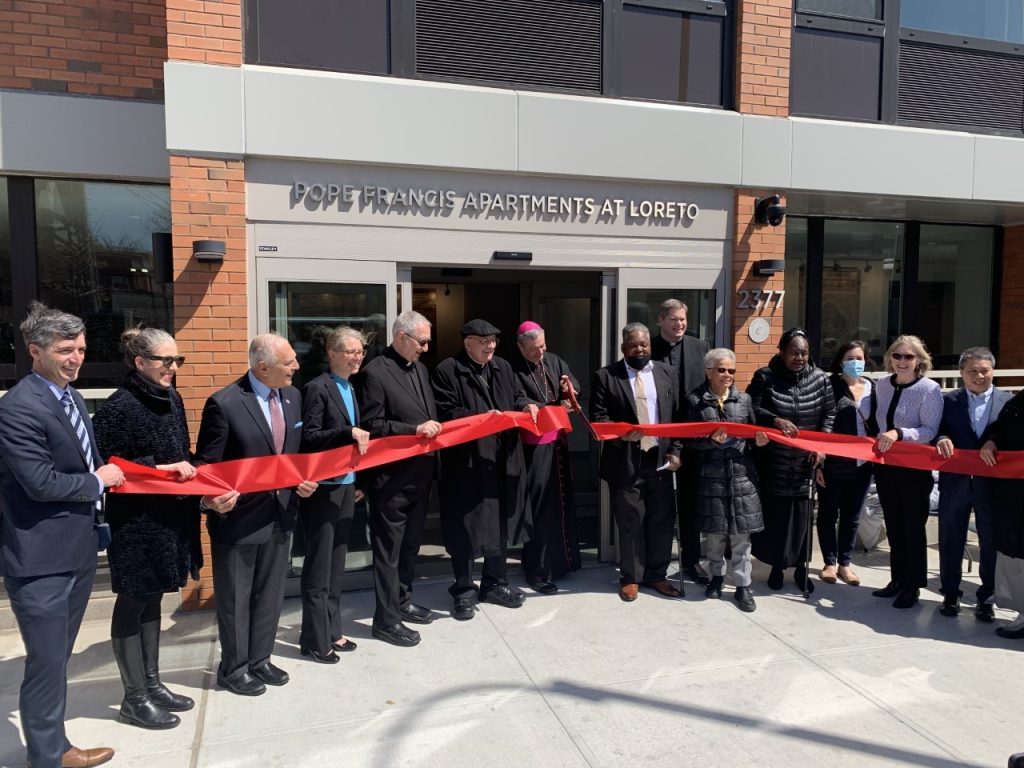